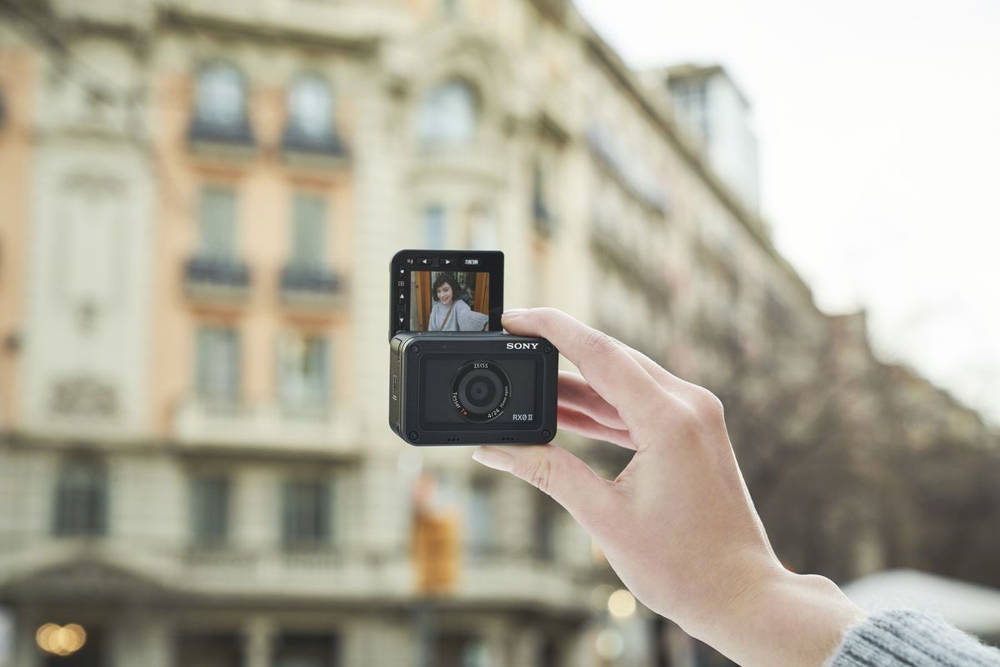 Looking at the name, it should not be a surprising factor to you that the Sony RX0 II is actually a refreshed, or a second version of the first RX0 camera that was released 2 years ago in 2017. I know it might sound strange to some that Sony is already introducing a newer camera, but for what it is worth, we are definitely looking forward to seeing just what has improved and what still bugs us.

The good news is that the updated camera does bring some nice features, so you are not left behind. For starters, Sony has added the 4K recording, but this time around, it offers full pixel readout, which means that there is no pixel binning happening this time around. Additionally, the camera also features electronic video stabilization, a screen that can be tilted 180 degrees upward, and 90 degrees downward.

Aside from these changes, the RX0II, more or less, is the same as the predecessor. It still has the same 1-inch sensor, which is definitely larger when compared to the predecessors. You get 15.3 megapixels in total, a 1.5-inch screen, and a battery life of 240 shots, which is not really good.

Now looking at the good things, there are many, to begin with. However, at the given cost of this camera, you should be getting those. For starters, the 4K at 30 FPS is great, especially considering how most people are now aiming for that resolution in general. However, you can even do 1080p at 120 FPS for some nice slow shots, but if that is not enough, you can go as high as 1,000 FPS for some of the best slow-motion captures. The camera is waterproof, as well as crushproof, so you really do not have to worry about breaking or damaging the camera. The fact that the touch screen can be tilted is really nice especially if you want to use the camera to record yourself.

There are a few downsides, though. That you should keep in mind. For starters, the camera is slightly on the expensive end. Another thing that we did not like about this camera is the screen is small, does not have a high resolution, and does not offer touch screen either. Last but not least, the interface itself is cumbersome at best.

In conclusion, we would like to talk about how the Sony RX0II is definitely more capable than the predecessor; it actually offers more versatility, as well.  It can work great as an action camera, a compact camera, as well as for multi-camera rig that you can use to shoot B and C rolls, and most importantly, you can even use this camera for the purpose of vlogging.

There are just so many uses to this camera that you can easily buy it and not have to worry about your overall experience. However, at the same time, we cannot overlook the downsides, especially the price tag which makes this camera almost twice as much expensive as the GoPro Hero 7, or the others of this caliber. This only goes to show that the Sony RX0II is for the users who are truly looking for a niche product and are the people who are either loyal Sony user or those who are looking for all the features that are provided by this specific camera.

As far as the overall experience is concerned, it really is a good one and you will not run into any issues, either. That is for sure.