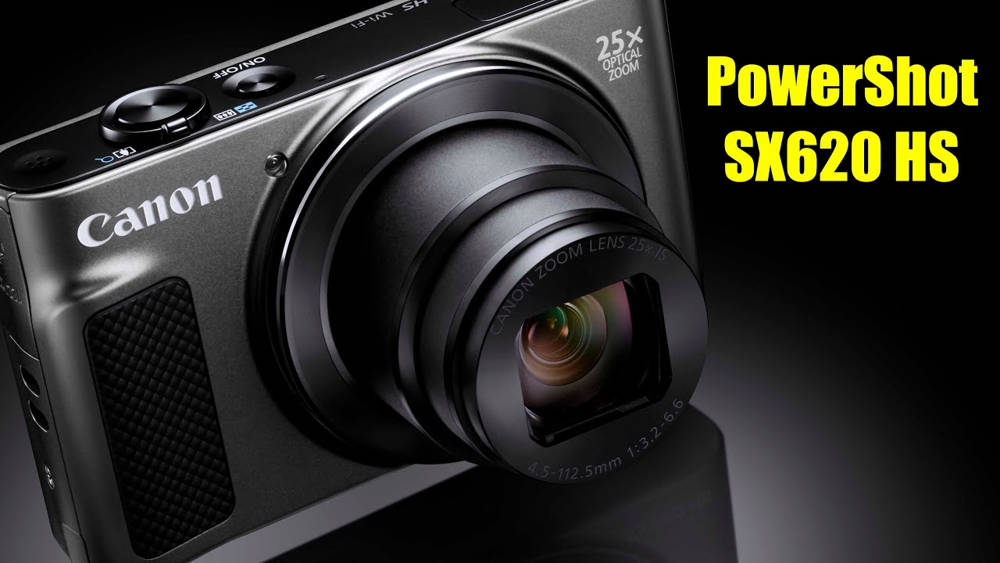 One of the best things about Canon is that in the pursuit of becoming one of the best imaging companies in the market, they do not forget about their lesser known or lesser famous products. This only solidifies even further when we look at the Canon PowerShot SX620 HS, one of the newly released point and shoot cameras that comes with 25 times optical zoom which is also optically stabilized, and a staggering 25-625mm focal length which happens to be 35mm equivalent.

Needless to say, as far as the specs are concerned, the camera is certainly looking impressive on all angles. But there is more, the camera offers a 20.2 megapixel CMOS sensor, a DIGIC 4+ processor, and all the goods that you can expect from a Canon PowerShot camera. But is there more? You would be surprised.

For starters, we cannot overlook the fact that when it comes to photography, the SX620 HS does what it is made to do best. Sure, the images do not look as good as the ones that are captured from a professional camera, but there is a disparity to be found, that is almost too big to ignore. For all its worth, the Canon PowerShot SX620 HS still gives you a decent performance.

It is a good digital camera, a great one, even. However, it is marred by some of the flaws or shortcomings that Canon is best known for. The camera is a lot similar to its predecessor that was released back in 2015, and the biggest, and perhaps the only upgrade is the zoom lens.

Now an average consumer may start blowing the trumpets against Canon but it is mainly due to the fact that the market for such cameras is niche at best, Mirrorless and DSLR cameras have taken over, and more and more people are using those cameras, than something like this SX620.

If you examine closely, you will come to realize that the Canon PowerShot HX620 HS is the perfect example of something that is becoming a thing of the past, or a dying breed, if you may. However, the sad part is that Canon, having all the advanced technology that they do possess, will not really do much in order to make the situation of this camera, better.

At the same time, the company is simply not willing to leave this market segment largely due to the fact that those people who are predominantly interested in taking some sort of pictures are still interested in buying these cameras for one reason or another.

Now the good thing, and the main reason why this camera is still relevant in today’s market is that it still has the ability to actually work really well against the smartphone cameras, and considering how smartphone cameras have become so much more popular, it makes all the more sense to keep this camera pumping, and available in the market, as well.

Overall, we have to say that the Canon PowerShot SX620 HS is one of the most promising cameras available in the market that gives you fairly decent performance, and the best part is that you really do not have to pay a lot of money for it. What we cannot say here is whether Canon will be replacing this camera or not, as the possibility of something like that happening is definitely something that still exists.

As for now, for what it is worth, the camera is definitely something that will give you a great overall experience, provided you know what you are getting into.